Do you have an F2 Fault Error on your Ideal Logic?

If your Ideal Logic boiler's display displays the f2 fault code, there has been a malfunction that needs to be corrected.

You should probably hire a Safe Gas engineer because this will typically require repair within the boiler.

This manual will help you comprehend the problem, identify potential repairs, and explain a few DIY solutions you can attempt before hiring an engineer. 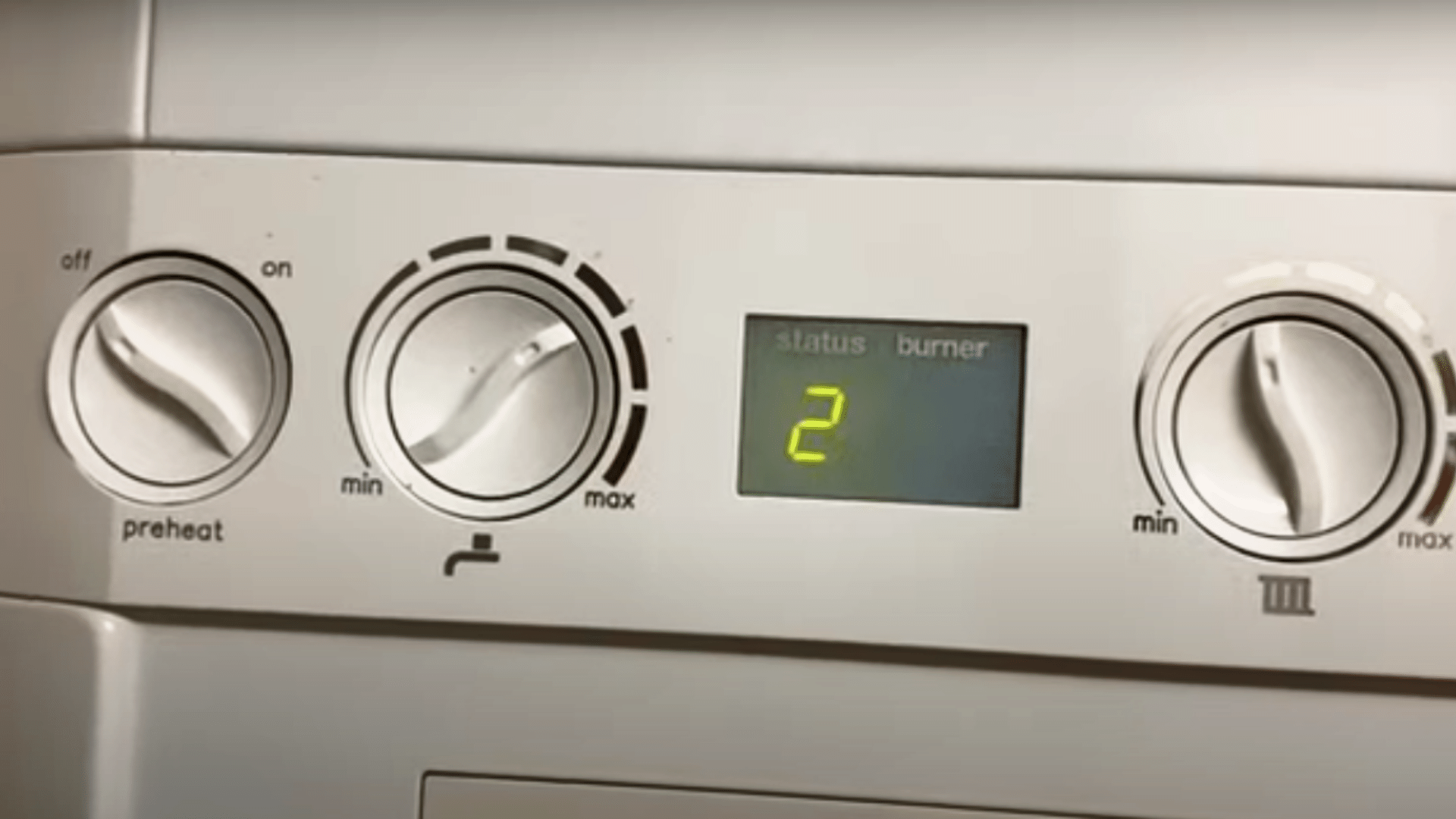 ALWAYS REMEMBER It takes substantial training, knowledge, and experience to work with gas, which is a complex and dangerous task. You might even be charged with a crime if the worst happens and your work could cause an explosion or gas leak, for example.

*Anyone who is not a Gas Safe registered engineer may not perform gas work or receive payment for their services.

Never attempt any repairs to your gas boiler unless specified in the user manual, such as altering the system's pressure or temperature with the user controls. Nothing that could impact the combustion process should be done, including anything that upsets the gas supply or associated parts.

The F2 Fault Code: What Does It Mean?

An F2 Fault code means Flame Loss, that is, the boiler flame is gone

This indicates that the flame required to heat the water in your boiler was able to ignite, but something caused it to extinguish. An L2 issue, on the other hand, shows that your boiler is unable to start the flame in the first place.

A printed circuit board (PCB) that serves as the boiler's control panel is located inside the appliance. Before allowing the next stage of the heating process to start, the PCB must confirm each stage.

When a stage, like the flame being lit, cannot be verified, the boiler will cease working and display a fault code.

The F2 Fault Code: Can I Repair My Own Boiler?

It's unlikely that you will be able to legally and safely address the issue because the f2 fault frequently involves a problem with the gas supply or components inside the boiler unit.

You can test other gas-powered items in your home before contacting an engineer. It is worthwhile to initially call your supplier if none of the gas appliances are working.

This is a cost-free approach to find out if any nearby construction projects are disrupting your supply or if you've been disconnected for another reason.

What Is the F2 Fault Code Caused By?

Your boiler's flame needs adequate fuel from your gas supply to start and maintain a flame. A valve that manages the flow of gas into the appliance is located between your mains supply and the boiler.

When fully functional, the valve can stop somewhere between fully open and fully closed, only allowing the precise amount of gas needed to pass through.

This valve may, with time, become caught in the closed or partially closed position, preventing gas from freely flowing into the boiler unit.

Even though some gas can pass through the pipe, the valve typically needs to be fully opened to accommodate high fuel demands.

This implies that even if the valve may have been jammed for some time, it wouldn't cause any issues until you asked your boiler for the maximum amount of gas.

Faulty Boiler Fan Or Its Set To The Incorrect Speed 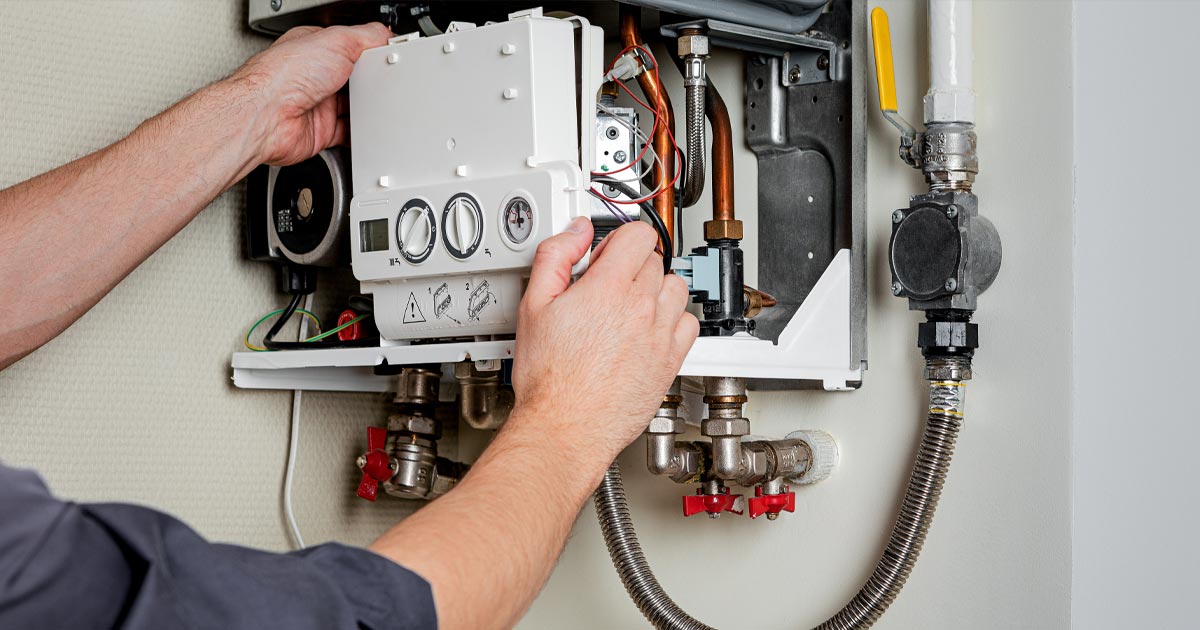 The fan is an essential boiler system safety component. Instead of cooling the appliance down like a standard fan might, it expels waste gases produced during the heating process.

The fan blows these down the "flue pipe," which leads away from the boiler and out of your house. These are sometimes referred to as "flue gases."

The boiler's PCB must certify that these gases will be expelled from the unit because they are harmful. It will lock out and prevent the boiler from lighting if it notices a problem with the fan.

The flame would have been extinguished as the boiler shut out in the case of the F2 fault code since a fan problem would have been discovered after it had already been started.

The fan could have been set at the incorrect speed for your system if your boiler was just installed or just undergone maintenance. It couldn't vent flue gases as a result of this.

To allow for signal transfer between the components, the fan is attached to the PCB. Vibrations in the boiler could cause the wiring to become loose or broken, which would prohibit the PCB from verifying if the fan is operating as intended. The parts of the fan itself, such as the bearings that let it to rotate, may have worn down over time if your boiler is older.

There is a Flue Pipe Problem.

The fan drives hazardous gases out of the boiler and into the flue, which is the long white pipe that extends from your boiler either horizontally from the side of your home or vertically from the roof.

Your boiler will lock out and put out its flame if this pipe gets broken or obstructed, leaving nowhere for the gases to move.

This problem is particularly prevalent with vertical flues without guards installed, which prevent debris like leaves from entering the pipe. Blockages can also be brought on by the pipe's components coming off as a result of aging or weathering.

There is a Gas Pressure Issue

Fuel must be moving from the mains to the burner with enough force and speed for the flame to stay ignited.

This is referred to as gas pressure, and the front of your boiler contains a gauge that monitors it in units known as bars.

Pressure fluctuations between 1 and 2 bars are typically not a symptom of a significant issue, but rapid or frequent spikes and decreases are more likely to do so.

If this was the reason for the f2 fault code, it indicates that the drop was abrupt enough to extinguish the flame after it had been lit.

The flow of gas to your house may have been halted locally by your fuel supplier, or the meter that controls how much gas enters your property may be malfunctioning.

Due to the fact that these meters are typically located outside and can freeze over, the winter is when it is most likely to happen. If this was the reason for the f2 fault code, it indicates that the drop was abrupt enough to extinguish the flame after it had been lit.

The F2 Fault Code is used by which ideal models?

The fault codes from Ideal's Logic series are uniform.

This indicates that regardless of whether it is a heat-only, system, or combi boiler, any type of Ideal Logic boiler displaying the f2 fault code has a flame loss problem.

Request a Quote for Your Ideal F2 Error

Our Gas Safe Engineers are specialists in Gas Boilers and you can expect professional, affordable repairs. Call us right away if you have any questions about your gas boiler. Our engineers will typically diagnose and fix the problems the same day.

Strictly necessary cookies
These cookies are essential for visitors to be able to browse the website and use its features. None of this information can be used to identify visitors as all data is anonymized.

Currency
Purpose: To be able to show prices in the currency matching the visitor's preferences.
Duration: 30 days.

Google Recaptcha
Purpose: To be able to validate whether the visitor is human and to limit the amount of spam from contact forms.
Duration: 1 year.
Provider: Google.


Third-party cookies
These cookies collect information about how visitors use the website, like which pages they've visited and which links they've clicked on. None of this information can be used to identify visitors as all data is anonymized.

ga
Purpose: Registers a unique ID that is used to generate statistical data on how the visitor uses the website.
Duration: 1 year.
Provider: Google.

gid
Purpose: Registers a unique ID that is used to generate statistical data on how the visitor uses the website.
Duration: 24 hours.
Provider: Google.

We also integrate with social platforms on this site that allow you to connect with your social network in various ways. Social media integration will set cookies through the website which may be used to enhance your profile on social media sites or contribute to the data they hold for various purposes outlined in their respective privacy policies.